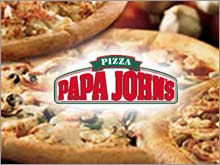 John Schnatter’s first job in high school was at a pizza place named Rocky’s. He started as a dishwasher and worked his way up to making pizzas. He quickly noticed there was something smaller pizza joints could provide that seemed to be missing from national chains – a quality pizza delivered with excellent service right to the customer’s door.

After graduating from college, John returned home to learn that his father’s business, a local lounge called “Mick’s,” was struggling. To save his dad’s small Indiana tavern he knocked down the broom closet, bought $1600 in used restaurant equipment, installed an oven and started selling pizzas out of the back of the restaurant. Papa John’s pizza was born! Despite facing tough competition from national chains such as Pizza Hut and Domino’s, “Papa John” moved his vision forward and when 2013 revenues were released earlier this year, the company announced a cool $1.4 billion.

How does this relate to College Admissions recruiting? Simply put, big name colleges find it easier to get the attention of a prospective student in the early stages. There are a handful of big name institutions that instantly command the attention of most. If your college isn’t one of those big name schools, this article is for you.

As an Admissions staff, I’m sure you’re well aware of the benefits and challenges that your school faces when it comes to convincing teenagers to join the student body.  And sometimes, it’s hard to get the attention of a student that’s sought after by some schools with big names. You have two choices:  Give up, or compete.

If you’re someone who wants to compete, we’re going to give you a few key points of emphasis as you develop a strategy for going after those recruits that aren’t excited about your college.

Based on years of research, Tudor Collegiate Strategies founder, author and speaker Dan Tudor has three primary points that he recommends the “smaller name schools” need to do.

One more thing to add to the to-do list is – Start early. Smaller, lesser-known colleges should make a point of targeting prospects as early as possible for two reasons.  First, recruiting is happening earlier and earlier, so you don’t want to be late to the game.  And second, you’ll get the chance to define yourself before some of your larger competitors begin the process.  In both instances, we’ve seen that approach work for the clients that we serve.

If you are finding yourself going head-to-head with some bigger name schools, this game plan can help.

Want to bring our team of experts alongside you and your team to help you achieve the recruiting results that you need this year?  Email Director of Admissions Services, Jeremy Tiers, at jeremy@dantudor.com and ask him to explain the Admissions Recruiting Advantage  and how it can work for your department.  It might be the difference maker as you prepare to win this next class of recruits!