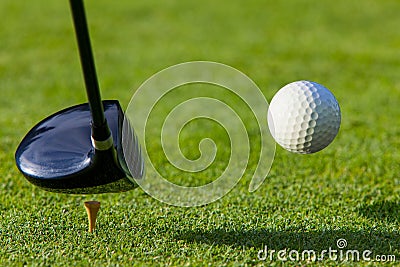 Building good habits can be difficult. Take for example my golf game. I started playing in my late 20’s. No lessons, I just went out and tried to “hit em’ straight.” As you can imagine I experienced up and down (mostly down) results.

I enjoyed the game so I asked a friend who was a local golf pro for some pointers. In a nutshell he told me fundamentals plus practice would equal better results. The late Jim Rohn – entrepreneur, author and motivational speaker — has said, “Success is neither magical nor mysterious.  Success is the natural consequence of consistently applying basic fundamentals.”

If I wanted my golf game to improve, I was going to have to be consistent with my practice and game habits.

As you prepare to begin another recruiting cycle, I want to stress the importance of being consistent when it comes to recruiting communications with your prospects. I know it sounds easy enough, but for many admissions teams this can be one of their greatest challenges.

If your office doesn’t have a clear long-term plan to consistently communicate your school’s story, I strongly encourage you to start developing one. I don’t want you to be the school that panics come wintertime because they haven’t done anything consistently or offered anything of value to their recruits since that initial communication. We’ve seen colleges in that situation try to cram everything together in hopes of catching back up to the competition. I’m here to tell you that method rarely works.

Today I want to provide you with a more effective way to build your next recruiting plan and discuss why consistency works with this generation of students.

Let’s start by reviewing the different types of communication that a solid recruiting campaign needs to consistently feature.

This generation reacts to a good, consistent combination of all of these facets of recruiting.  If you focus only on one or two communication methods with your recruits, you are leaving the door open for a competitor that will utilize all of their communication resources.

Now to “the Why” – why consistency works.

Our clients have achieved enrollment success when they provide a consistent message using a variety of communication types. Over time if you’re consistent you become hard to ignore. As other colleges peel off you will move up your prospect’s list.

A small word of caution – schools can be consistent but with a poor message or poor phone etiquette. Trust me we’ve seen it happen. Generating a weak message consistently can be as bad as getting a great message out randomly.

Not sure what the best strategy with your next class of recruits should be? Having a hard time coming up with talking points for your messaging? We can help. It’s what we’re here to do. Contact me directly at jeremy@dantudor.com

Previous Post: « 5 Valuable Recruiting Lessons From My Daughter’s Soccer Practice
Next Post: Could This Be Why They Didn’t Deposit to Your School? »